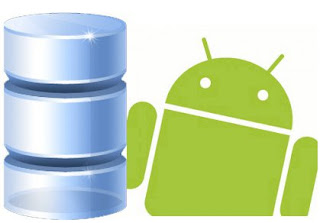 Reference data normally refers to (mostly) read-only data that is used to validate or resolve other pieces of data. For example, a list of postcodes and suburbs, that can be used to provide auto-suggestions in a UI or validate a user's address.

I recently developed an Android (version 2.1 / Eclair) application that used a large set of reference data, stored in a SQLite database. The fact that this was targeted for Android smartphones introduced some constraints in the loading of this data that would not be present for a desktop or Web application, primarily processing time and storage space.

The initial design was based on my prior experience working on Web applications. It involved packaging a largish (~10MB) text file into the apk archive. The application performed a one-time initialization step that loaded this file, parsed it and executed SQL statements to insert rows into the database. The application then accessed the reference data via a subclass of SQLiteOpenHelper. It soon became apparent that this would not work in the Android world, due to the following reasons.

After a few tries, I arrived at the following final design that seemed to solve these problems.

The database loading code had to be removed from the Android code and rewritten as a separate program. This program read the text input file and inserted the rows into a SQLite database, with the database file stored on my desktop. Note that the primary key column of the reference table should be named _id and the following must be added to the database for it to be usable by Android:


This preloaded database file was then uploaded to a Web site so that it could be downloaded by the Android application.

The Android application didn't need to be packaged with the text input file any more, hence trimming the apk archive from 10+MB to a few hundred KB. The application's starting Activity would check and download the database file if it didn't already exist on the SD-Card. According to the Android Dev Guide on Data Storage, the proper place to save the database file would be:

I had to use the latter option as I was targeting 2.1.

It was important to ensure that the UI was not frozen during the few minutes it took to download the 10+MB database file. That meant that the downloading code must be executed in a separate thread to the main UI thread. The best way to achieve this was to create a subclass of AsyncTask and put the downloading code in its doInBackground() method. This class also displayed a ProgressDialog to keep the user informed, and acquired a WakeLock (SCREEN_DIM_WAKE_LOCK) to prevent the phone from going to sleep. Another important thing to remember was to prevent the screen orientation from changing when the phone was flipped over while the ProgressDialog was showing, otherwise the application would crash when the dialog was dismissed. This was achieved by temporarily setting the requestedOrientation property of the activity to "no-sensor". Here is the skeleton code of the AsyncTask:
The main Activity used InitializeDatabaseTask like so:

I developed the application mainly using the Android SDK emulator in Eclipse. The emulator did not mount any SD-Card by default. In order to test the downloading code, the emulator must be set up with a SD-Card image file, like so (on my Linux system):

This created a 64MB image file (more than enough for the data) in a special Android avd directory, so that it would be automatically mounted by the emulator.

Finally, I had to write my own custom version of the SQLiteOpenHelper to access the database file from the SD-Card, because the standard one would only read from the default phone internal memory. Given that the reference data would be read-only, this custom class was a lot simpler than SQLiteOpenHelper and only needed to open a read-only database connection. The code:

A concrete subclass of ExternalStorageReadOnlyOpenHelper was created to query the reference data via the SQLiteDatabase object returned by the getReadableDatabase() method.

The databaseFileExists() method allowed the main Activity to check if the database file already existed to decide whether to initiate download.

This final design had greatly improved the application in the following ways :

Posted by Alexander Yap at 4:13 PM